Masks and vaccinations are required when attending our shows. 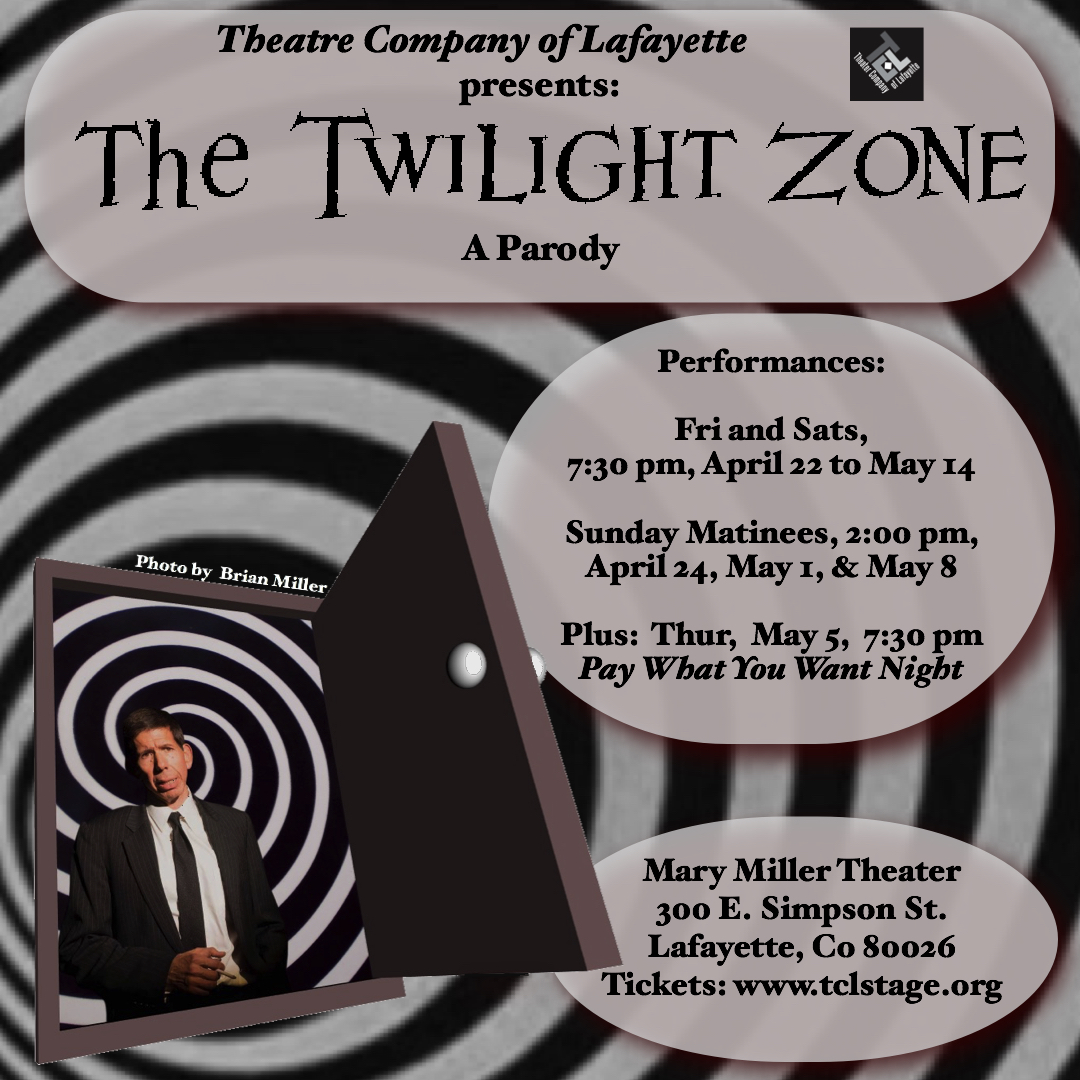 You are traveling through another dimension, a dimension not only of sight and sound but of mind. A journey into a wondrous land whose boundaries are that of imagination. Your next stop, the Twilight Zone!

With stage renditions of three popular episodes, campy take-offs on vintage commercials, and a special tribute to a beloved 1960s comedy sketch show, this is the 13th time that Theater Company of Lafayette (TCL) has reprised this hugely popular format. Ian Gerber could be Rod Serling’s doppelganger, and will be reprising his role for the eleventh season.

For Tickets, go to Showtix4u

This year's episodes include:

A Piano in the House - Directed by Munam Goodwin
Ms. Geraldine Fortune, hated theater critic and cynic at large, buys a player piano with the power to reveal the souls of all who hear it.

The Big Tall Wish - Directed by Don Thumim
An aging boxer finds himself the winner of match he thought he had lost, the result of a child’s frantic wish. But can a world-weary, embittered man still believe in miracles?

The Midnight Sun - Directed by Paul Wells
When the earth falls out of its orbit, prolific artist, Norma, and her landlady, Mrs. Bronson, are the last residents in their New York apartment building. In this eerie and timely episode, Norma and Mrs. Bronson try to support each other as they watch life as they know it erode around them. 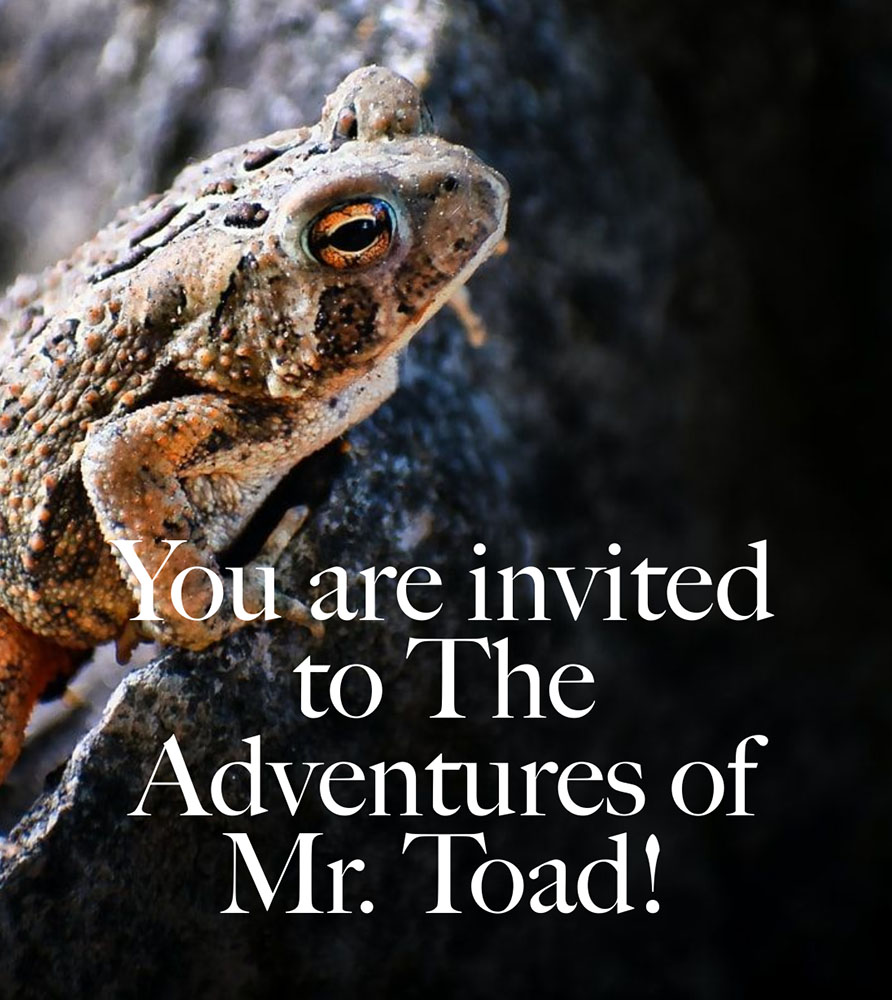 The Adventures of Mr. Toad

A play produced via ZOOM!

Mr. Toad is on trial for going on a joy ride in an automobile that did not belong to him and is  cheeky to a police officer. Find out what will happen when his friends, Mole, Rat, and Badger find out! 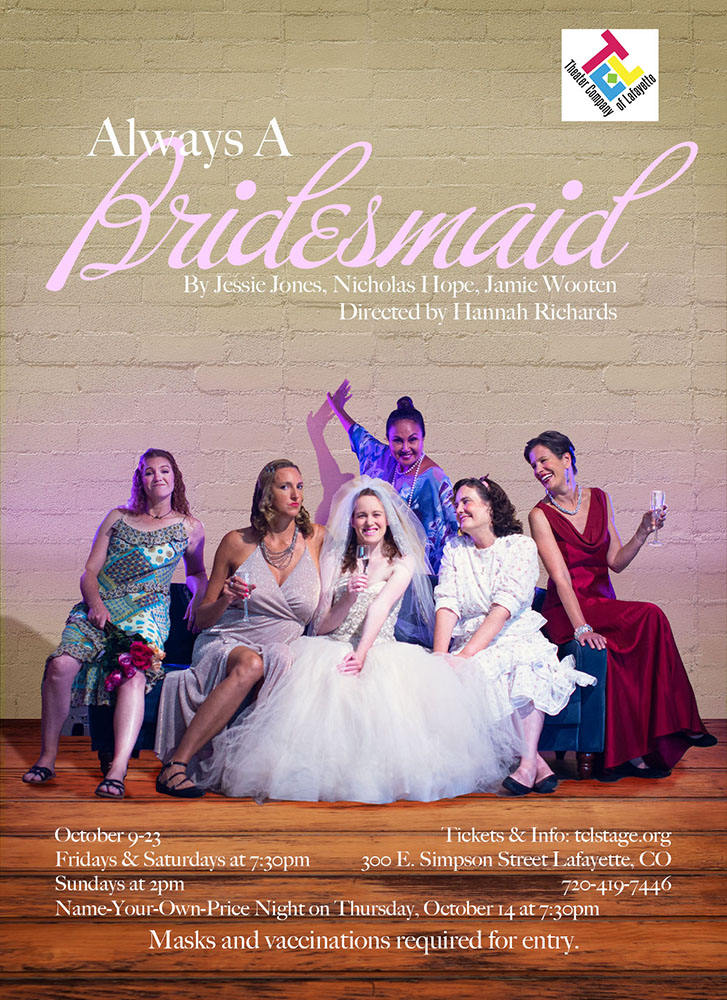 ALWAYS A BRIDESMAIDS 4 best friends swear to keep the promise they made on the night of their Senior Prom: to be in each other’s weddings…no matter what it takes or how long it takes. Full of laughs and relatability, Always A Bridesmaid is sure to entertain.

At Theater Company of Lafayette, we believe in the power of theater for story telling and the power of the black voice. We believe in equality and stand in solidarity. BLACK LIVES MATTER. “If art doesn't make us better, then what on earth is it for?”Alice Walker

"It was the most intimate theater experience that I've had and that setting just added to an already powerful and emotional play."The Laramie Project opening night audience member 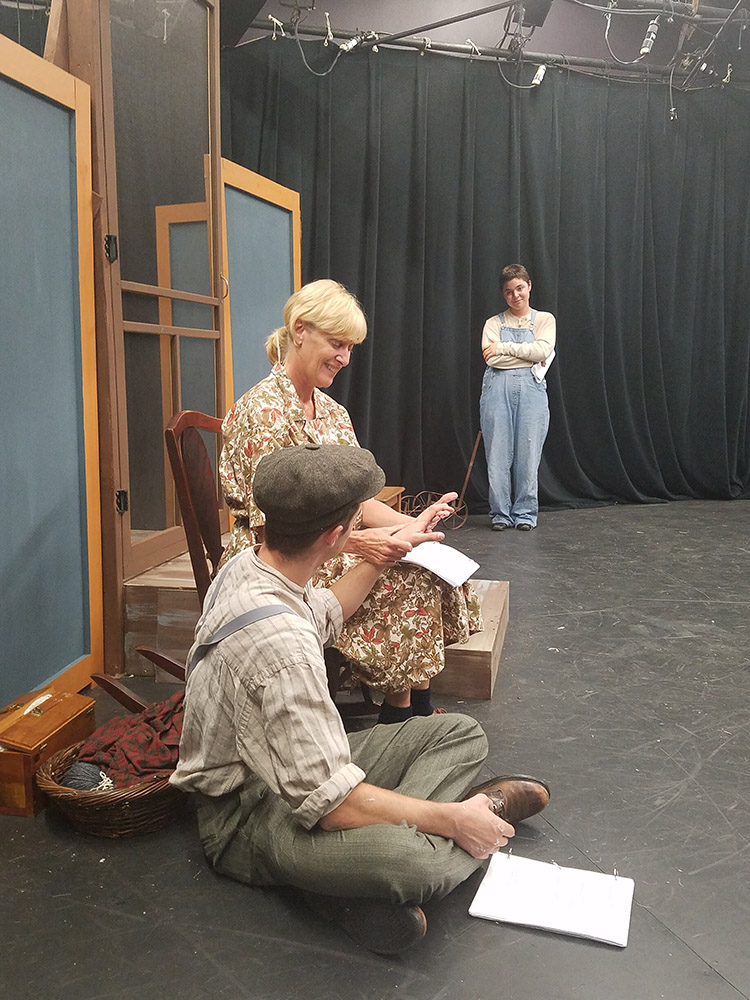