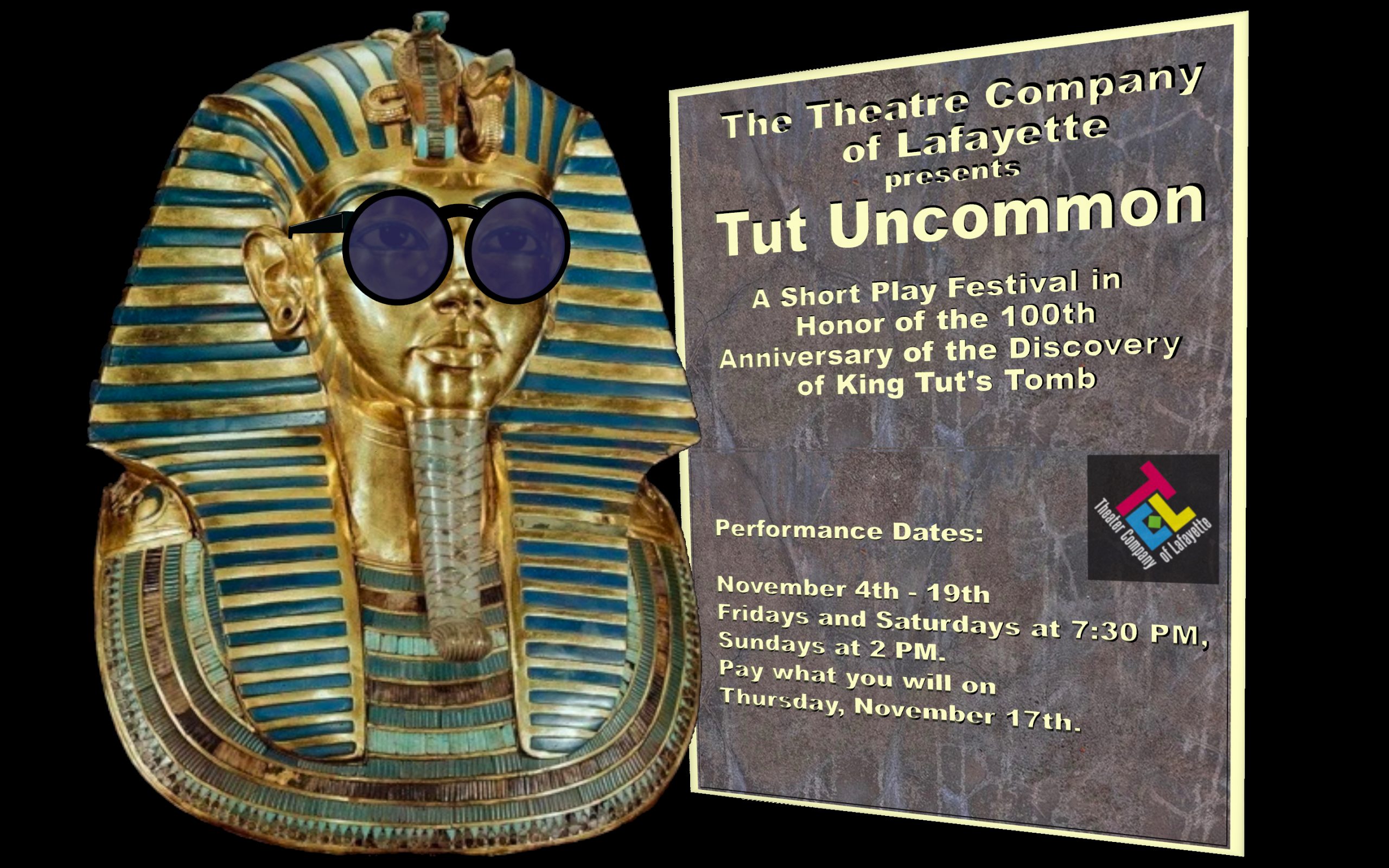 Theater Company of Lafayette will be presenting:

Tut Uncommon: A Play Festival Commemorating the 100th Anniversary of the Discovery of King Tut’s Tomb.

We’ve commissioned seven playwrights to each create a short play loosely inspired by this historic event. We are weaving the scripts together into a dynamic night of theater filled with mummies, ancient curses, lost loves, cultural tension, and PBS pledge drives.

Theater Company of Lafayette is an award-winning theater with a strong history of producing dynamic and entertaining new work.

WHEN:
Monday and Tuesday, August 29th and 30thth at 7 PM.  Callbacks, if needed, on Wednesday, August 31
Sign Up Here: https://www.signupgenius.com/go/10C0E4CADAC2EA4FFC25-auditions

BRING / PREPARE:
The auditions will consist of readings from the scripts.  Masks and proof of vaccination are required at auditions. Be prepared to tell us your scheduling conflicts.

COMPENSATION:
Actors will receive a small stipend based on ticket sales.

We will be auditioning for more than twenty roles in seven short plays. Adults of all ages, genders, and ethnicities are encouraged to audition. In addition, we are looking for two actors between the ages of 12 – 18. We are an open and inclusive group! Come play with us!